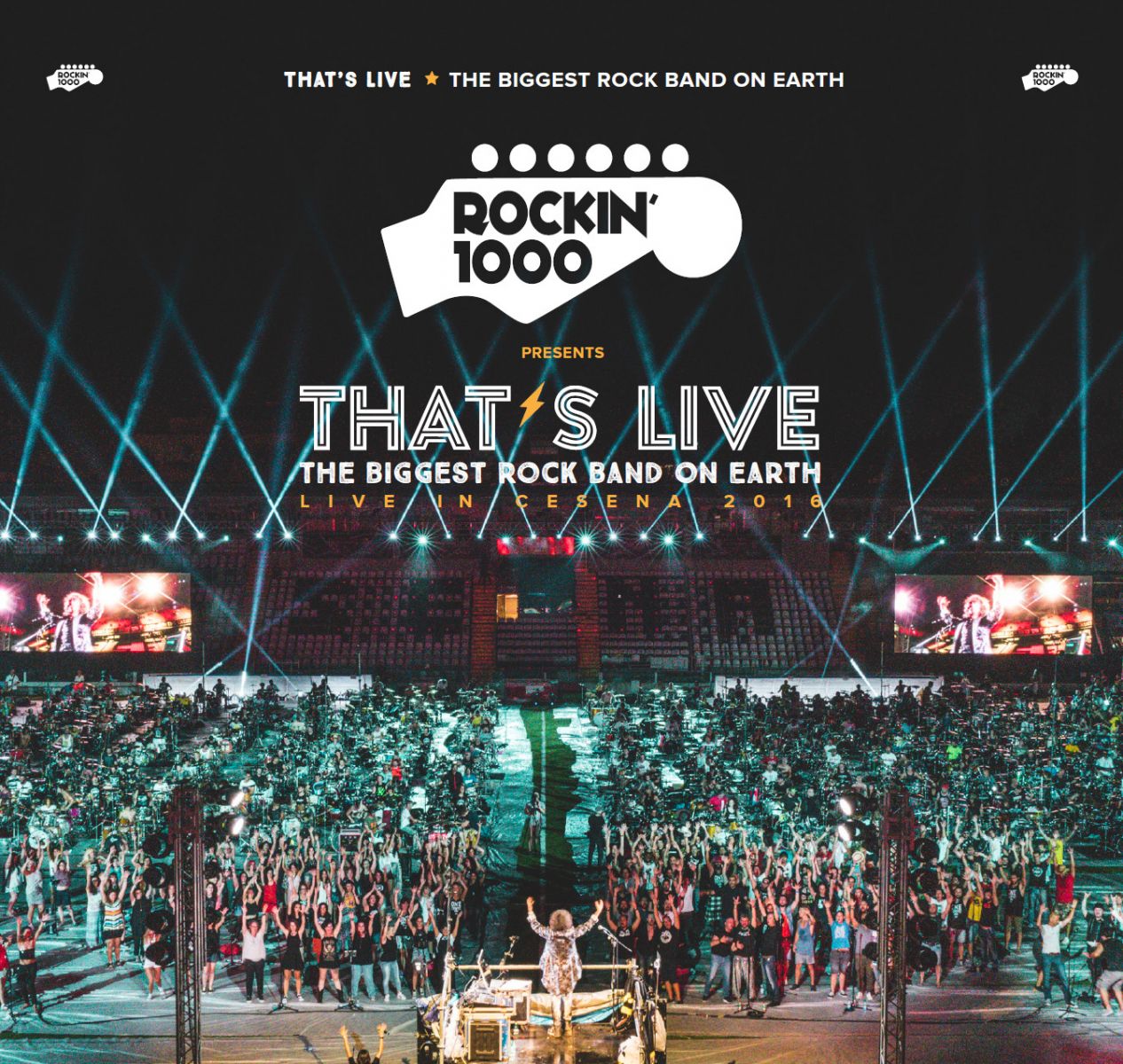 The Rockin' 1000 is a group of rock musicians from mainly Italy and a few from other countries such as Canada, Mexico, England, Austria, Croatia, Bosnia and Germany. As the name indicates, over a thousand musicians play and sing simultaneously at their concerts. The home of the organization is in Cesena in Italy, originally assembled in July 2015 as a stunt to get the Foo Fighters to visit their hometown, which finally happened on October 2015.

They are now an established presence, and have made subsequent appearances. They have been described as the "biggest band in the world."

They were originally organized in a crowdfunding effort by Fabio Zaffagnini. Their initial performance in 2015 was made under the direction of Marco Sabiu.